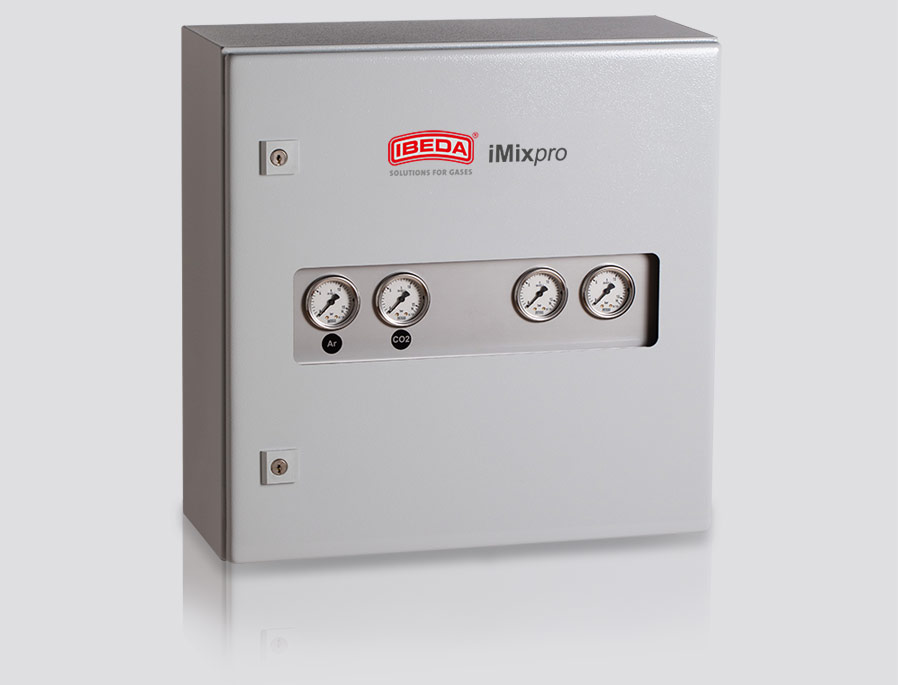 The iMixpro gas mixer operates according to the diffusion mixing principle. It has an integrated constant pressure regulation and features an auto-stop function stopping the production of the gas mixture when the gas supply is interrupted.

Due to the diffusion mixing principle, the iMixpro guarantees a constant gas mixture even in case of gas withdrawal variations and without additional buffer vessel.
Optionally, the iMixpro can be equipped with inlet and outlet pressure regulators for setting the required mixture pressure. In addition, a gas analysis for process control can be integrated in the mixer housing on request.

Thanks to the pre-set and fixed gas mixtures calibrated to the respective requirements, an accidental change of the mixtures is impossible. This makes the iMixpro gas mixer perfect for applications where a constant mixing ratio is absolutely necessary.

BENEFITS AT A GLANCE